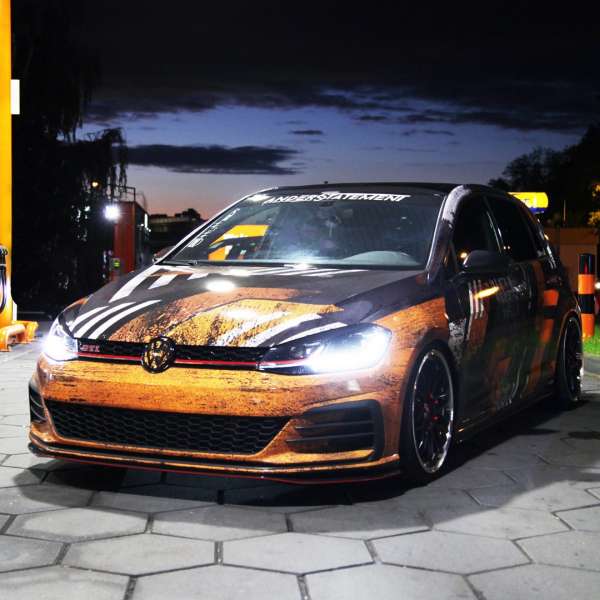 "Hannibal" takes spray film from FOLIATEC.com hard on its heels 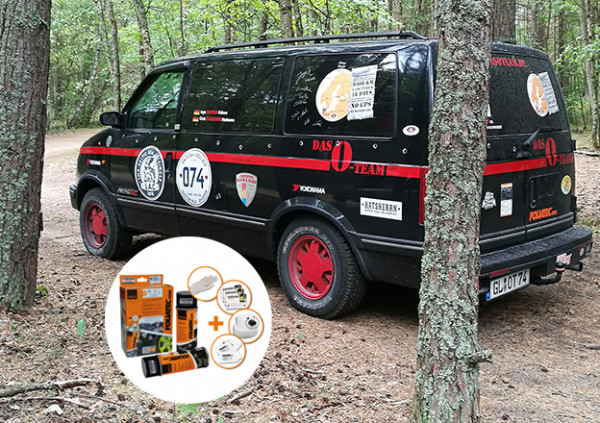 Like the legendary TV stars of the "A-Team", Ingo Krämer and Christian Hartmann joined forces to fight for a good cause on the road.

Unlike "Face" and "Murdock" from the cult series, however, the newly formed "O-Team" did not need any weapons, but only their faithful van "Hannibal" and the spray film from FOLIATEC®.com to fight for a good cause at the Baltic Sea Circle. This 7,500 km charity rally took the participants once around the Baltic Sea. Because some of the roads on the route are real "moguls", the trip was a real test of endurance for man and material. On the way, a defective starter motor caused a pit stop lasting several days and several missed stops, but the spray film held.

The "O-Team" had bought a 20-year-old Chevrolet Astro especially for the rally and christened it "Hannibal".

Of course, the "new" flagship should also look good: That's why Christian and Ingo decided to embellish the rims of their van with FOLIATEC®.com's spray-on film in shiny red. However, this colour is only one of a total of 26 available facets of the highly elastic and always reversible spray coating. Despite dirty roads, dirt tracks and gravel roads that dealt out nasty stone chips, the spray film withstood the rigours. Even the rough treatment with the on-board tools could not harm the spray coating: "We had to remove the wheel bolt covers with the screwdriver more often when changing the starter, but this did not affect the film", the members of the "O-Team" reported.

Even after the complete distance, the spray film was still completely undamaged: "At home, we only cleaned the rims roughly to look for damage, there was none," the rally drivers noted with satisfaction. In general, the two assessed the adventure as extremely positive: "We met a lot of great people, both other team members and locals. We saw a lot and learned a lot. It was an incredible experience."

Next year, by the way, "Hannibal" with the FOLIATEC®.com motto "BE DIffERENT" will be at the start again: another team will use it at the "Knights of the Island" rally in Great Britain.

Inspiration and product information can be found at www.foliatec.com and on the FOLIATEC®.com fan page: www.facebook.com/FOLIATEC.
It is also worth visiting Instagram: www.instagram.com/official_foliatec and YouTube: www.youtube.com/foliatec01